Saturday 29 August 2020 will marks the 90th anniversary of the evacuation of St Kilda archipelago situated 40 miles west of the Outer Hebrides. On 29 August 1930, the last 36 people living on Hirta were evacuated. The end of this summer was the end of four millenia of struggle against outside world and hard way of life.

10 May 1930, the St Kildans wrote a letter petitioning to leave their own land. This decision was difficult, specially for older member of the community.

This is the letter and some pictures of the evcuation of St Kilda :

We the undersigned the natives of St Kilda, hereby respectfully pray and petition H.M. Government to assist us all to leave the island this year and to find homes and occupation for us on the mainland.

For some years the man power has been decreasing, now the total population of the island is reduced to thirty six. Several men out of this number have definitely made up our minds to go away this year to such employment on the mainland. This will really cause a crisis as the present number are hardly sufficient to carry on the necessary work of the place.

These men are the mainstay of the island at present, as they tend the sheep, do the weaving and look after the general welfare of the widows. Should they leave the conditions of the rest of the community would be such that it would be impossible for us to remain on the island another winter.

The reason why assistance is necessary is, that for many years Saint Kilda has not been self supporting, and with facilities to better our position, we are therefore without the means to pay for the costs of removing ourselves and furniture elsewhere. We do not ask to be settled together as a separate community, but in the meantime we would collectively be very grateful of assistance, and transference elsewhere, where there would be a better opportunity of securing our livelihood.

We the undersigned testify that the foregoing statement is correct. 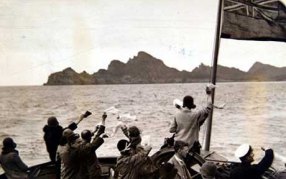 Preparation for the evacuation of the St Kildans 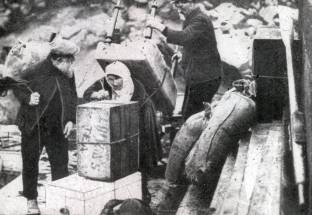 2 réflexions sur “90th anniversary of the evacuation of St Kilda”